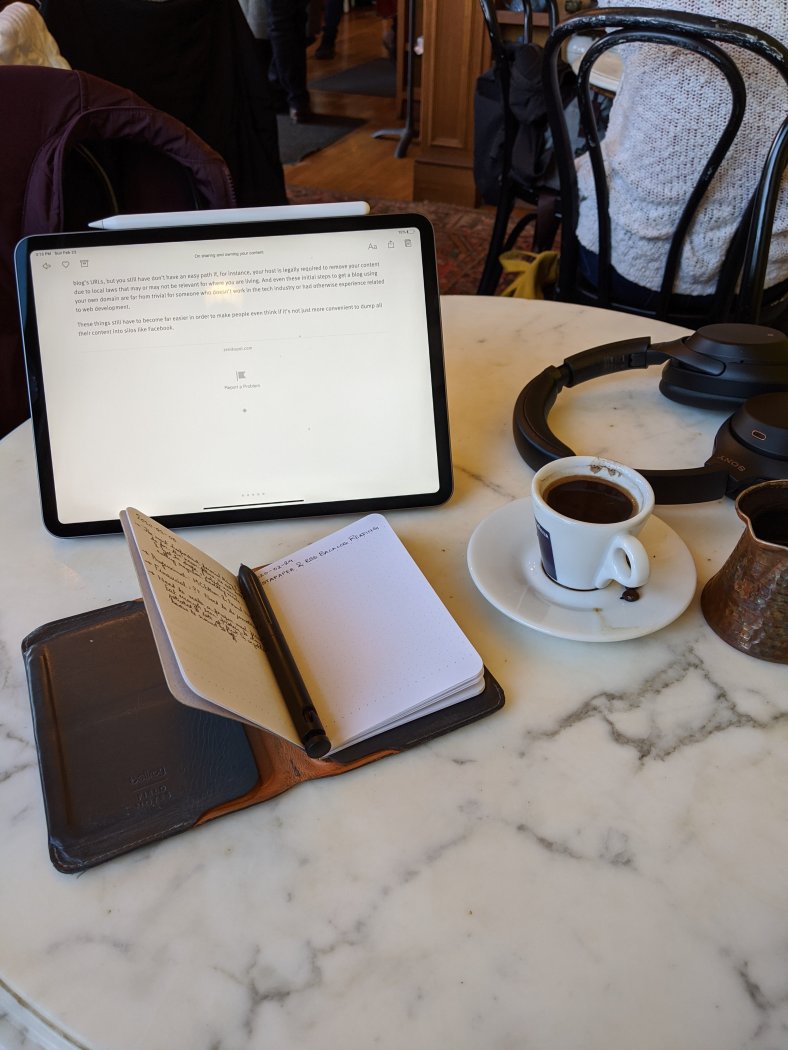 It’s a relatively warm and sunny winter weekend here in Boston. Personally, I don’t mind the cold and snow, but I do hate it when it’s cloudy and dreary for weeks at a time, so I’m happy that it’s been a fairly bright and sunny winter this year. With that in mind, here are some hopefully uplifting things to read:

An app can be a home-cooked meal

Lately I’ve been increasingly unhappy by the fact that we have so little control over our own software. At the same time, it’s easy to forget that we can actually build our own tools and applications. While I’ve often thought of the relationship between cooking and programming before (see: name of this site), this post is an extended metaphor (with an existence proof) that I hadn’t thought of before.

The Slippery Slope of Mechanical Keyboards

So mechanical keyboards is now an acceptable crossover for a pen blog, eh?

Over the past couple years the two “hobbies” I’ve picked up are fountain pens and mechanical keyboards, and perhaps unsurprisingly there is a decent amount of crossover between the two. Personally I see it as a matter of tools: I like writing, and programming, and spend most of my day doing one or the other. And I want to have tools which at the least don’t get in my way, and at best make the experience pleasant and enjoyable.